This page includes links to articles in magazines, television and other media, of possible scientific and technological interest for an ample audience,  in the fields of agri-food engineering and biosystems, as well as other breaking news.

Historically, and worldwide, coal mining contributed to the industrial revolution and was a determining factor in the development of modern society. But since then many mines have been closed in the United Kingdom and in Europe. A surprising phenomenon occurs: most abandoned coal mines start producing methane – called methane from coal mines, which can be a source of clean energy. IN addition, it has been discovered that a new technology allows the use of flood water from mines to provide green and sustainable energy to homes and businesses.

For this scientist, the expansion of the human being to other worlds depends on two questions: profitability, because "if there was gold, we would have colonized them long ago, and on the Moon there would be a base or a city"; and the limits of the laws of matter that say we can not travel faster than light

Neuroscience is dedicated precisely to the multidisciplinary study of the nervous system. That approach, integrate tools, knowledge and human and material resources from different areas: biology, medicine, computer science, psychology, biochemistry, pharmacology, biophysics, etc., to understand how the brain works, how we go from chemical transmitters and electrical signals to thoughts , dreams, feelings or memories, everything that makes us unique and unrepeatable beings, is changing our knowledge of the brain, of ourselves and building a new society. José 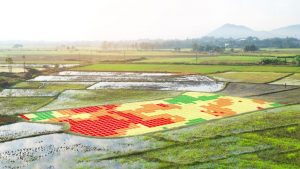 Our UPM research group, which is part of the SPARKLE Consortium: Sustainable Precision Agriculture PA: Research and Knowledge for Learning how to be an agri-Entrepreneur, is a Knowledge Alliance project: Precision Agriculture (PA), the project is proposed generate knowledge to transform the agricultural entrepreneur into an expert in advanced production systems. For this, a European training program is being created for companies that want to adopt precision agriculture, for researchers and for students. The aim is to strengthen the company's and business-oriented capabilities in an intelligent environment. It is necessary to consider that the companies that are in situation to introduce the improvements of the PA in Spain can be more than 70,000. In a first meeting of the consortium, some qualifying examples of "excellence" were analyzed: companies that have introduced advanced AP solutions in their production system and have obtained demonstrable results. This first study has been about Italian wine companies, and its managers explain that the choice of advanced technologies in their management was based on the need to improve the already high quality indexes of their products and to improve productivity, and as a consequence of all this, their business capacity. The deep impact that PA generates in productive systems (which are profoundly diverse) is based on the rationalization of the business and the efficiency of the processes. As one visited businessman said "PA is a jewel that makes everything work like a Swiss watch": A goal that until recently seemed unattainable.
Constantino Valero Ubierna, LPF-Tagralia

This procedure improves the current long and expensive techniques, detecting small amounts of contamination by allergens without altering the original sample.

This absorption property in the NIR range is the most characteristic of the hyperspectral image (HSI) of the contaminated product, used in this work. "The problem with conventional NIR spectroscopy is that it acquires an average spectrum of a certain surface (window), so that contamination of very low concentration simply dilutes".

The hyperspectral image produces images in which each pixel contains its own spectral data, something that the researchers took advantage of to develop a classification system that allows establishing if a certain pixel in a wheat flour image contains peanut powder, thus allowing to estimate the level of presence of the contaminant.

You can find out more about which cookies we are using or switch them off in settings.

This website uses cookies so that we can provide you with the best user experience possible. Cookie information is stored in your browser and performs functions such as recognising you when you return to our website and helping our team to understand which sections of the website you find most interesting and useful.

Strictly Necessary Cookie should be enabled at all times so that we can save your preferences for cookie settings.

If you disable this cookie, we will not be able to save your preferences. This means that every time you visit this website you will need to enable or disable cookies again.